API documentation of the Awareness CRDT

Awareness is an optional feature that works well together with Yjs. As I described in Awareness & Presence, the feature is not part of the yjs module. It is defined in y-protocols and is usually implemented by the providers. If you want to implement your custom provider, you can use the Awareness CRDT, or implement a custom protocol. It's up to you.

If you haven't already, you should read the getting-started guide on awareness.

The awareness protocol implements a simple network agnostic CRDT that manages user status (who is online?) and propagate awareness information like cursor location, username, or email address. Each client can update its own local state and listen to state changes of remote clients.

awareness.clientID: number A unique identifier that identifies this client.

awareness.destroy() Destroy the awareness instance and all associated state and event-handlers.

awareness.setLocalState(state: Object<string, any>) Set or update the local awareness state. Set null to mark the local client as offline. The state object must be a key-value store that maps to JSON-encodable values.

awareness.setLocalStateField(string, any) Only set or update a single key-value pair in the local awareness state.

awareness.getStates(): Map<string, Object<string, any>> Get all awareness states (remote and local). Maps from clientID to awareness state. The clientID is usually the ydoc.clientID.

awareness.on('update', ({ added: Array, updated: Array removed: Array }, [transactionOrigin:any]) => ..) Listen to remote and local awareness changes. This event is called even when the awareness state does not change but is only updated to notify other users that this client is still online. Use this event if you want to propagate awareness state to other users.

awareness.on('change', ({ added: Array, updated: Array removed: Array }, [transactionOrigin:any]) => ..) Listen to remote and local state changes. Get notified when a state is either added, updated, or removed.

awarenessProtocol.applyAwarenessUpdate(awareness: Awareness, update: Uint8array) Apply an awareness update created with encodeAwarenessUpdate to an instance of the Awareness CRDT.

awarenessProtocol.removeAwarenessStates(awareness: Awareness, clients: Array<number>, origin: any) Remove the awareness states of the specified clients. This will call the update and the change event handler of the Awareness CRDT. Sometimes you want to mark yourself or others as offline. As soon as you know that a client is offline, you should call this function. It is not part of the Awareness CRDT, because it should only be used by the provider that implements awareness.

Adding Awareness Support to a Provider

Awareness CRDT updates work similarly to Yjs updates. First, you sync with a client. Then you exchange incremental updates with that client using the update event. The only difference is that the Awareness CRDT doesn't support state vectors to exchange a minimal amount of information. That only makes things easier and has little performance impact because awareness states are usually pretty small.

That's basically it. Here are just a few small tricks that I like to implement in providers:

When you know that a client will disconnect, you might as well send a small update to other users to let them know that you went offline. It is not strictly necessary, because the Awareness CRDT will notice that you are offline after a timeout. But you can at least try:

When your connection already broke up, you should mark all remote clients as offline. That just makes sense to the user that is using your software.

When you get lost, you should have a look at one of the existing providers that implement the awareness protocol. The y-websocket is a fairly simple provider and might be a good starting point for you. 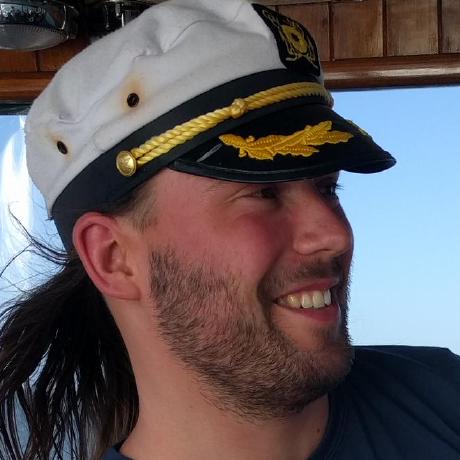